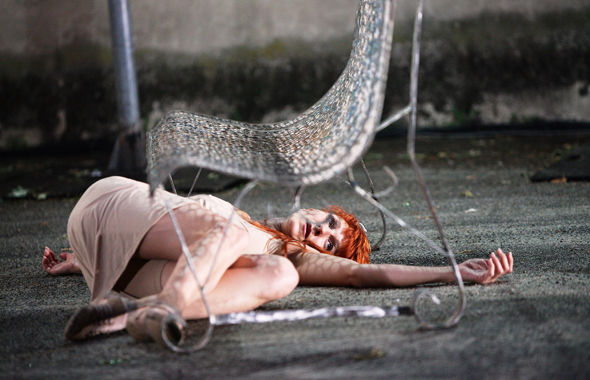 European artists can now apply for Spoffin LAB 2018, the residency project supporting young theatre makers who are in the process of finishing a new project created for public space.

The residency takes place in Amersfoort, The Netherlands, during the month of August. Deadline for applying is January 31, 2018. During the month of February the festival committee will review all applications and select the most suitable project. The performance premieres during Spoffin 2018 (August 23 to August 26).

Artists can apply for Spoffin LAB with a well substantiated artistic plan and must be aware that they will have to work very independently. The residency consists of free use of a residency space up to two weeks at the end of August; free use of a guesthouse during the residency; at least two performances during the Spoffin festival, including the premiere; publicity support etcetera.

Spoffin is one of the few festivals for outdoor theater with a residency period to stimulate the development and performances of new productions made for public space. Carmela Acuyo of Cie Vendaval (FR) produced during Spoffin LAB 2017 the English version of her solo Soif, based on testimonies from survivors of concentration camps, which resulted in one of the most impressive performances this edition. A year earlier HURyCAN (FR / AR) worked on their latest production Asuelto. Cie Woest (NL / BE) also used Spoffin LAB and was able to show a preview of their Lucky Shots during the festival.