Spoffin OFF 2022: this is the selection! 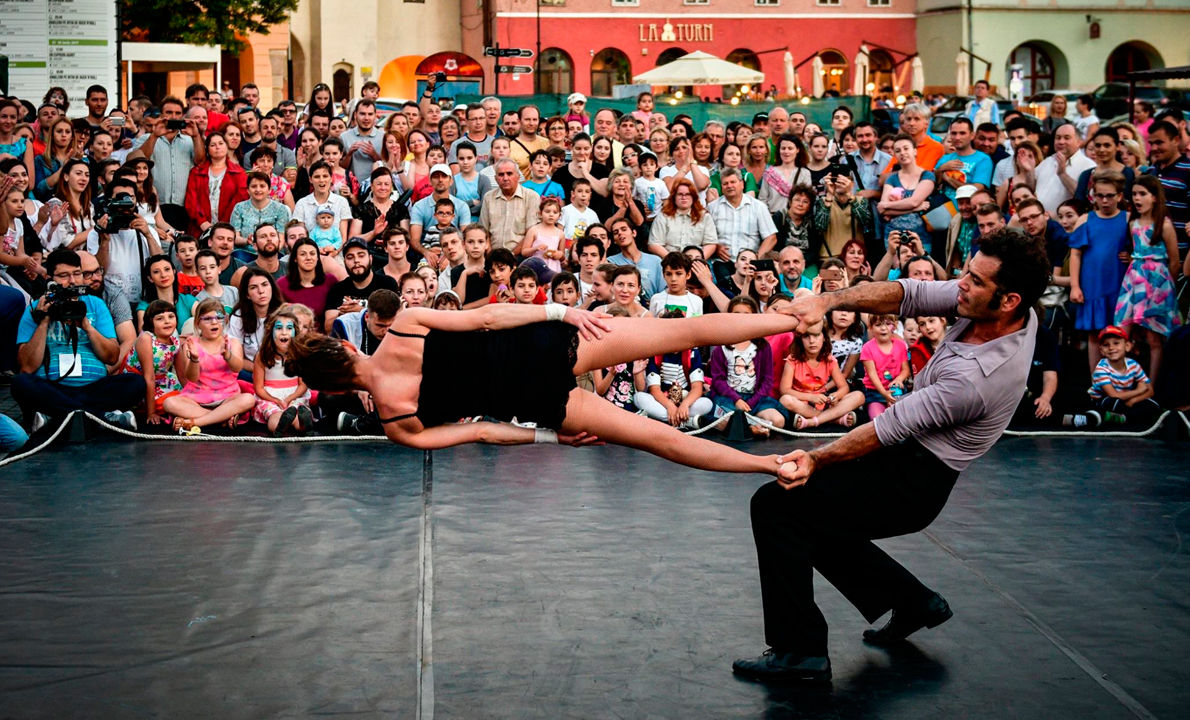 Spoffin OFF, the talent program of outdoor theater festival Spoffin, is making its return. This part of the festival has been canceled for the past two years. In 2020 due to the general ban on major events and in 2021 due to travel restrictions for artists from abroad. But there’s good news: this year Spoffin OFF is back!

A large part of the OFF selection consists of artists who were already selected for 2020. Spoffin has kept in touch with these artists after the cancellation two years ago. As a result almost all groups will come to Amersfoort this year. In addition to these previously selected groups, Spoffin invites a number of new finds to perform at the 2022 edition.

The selection for Spoffin OFF was made from more than 250 registrations of artists and groups from all over Europe and even beyond. An expert selection committee - consisting of programmers from fellow festivals and a street artist - advised Alfred Konijnenbelt, artistic director of Spoffin, about the choice. The OFF artists come from Estonia, Finland, France, Hungary, Italy, Lebanon, the Netherlands and Spain.

“The large number of registrations from the artists shows the important role Spoffin plays in the world of international outdoor theatre,” says Konijnenbelt. “Many artists see Spoffin as an important step forward for Western Europe, as it combines a well-attended public festival with the presence of many leading programmers from other festivals.”

Selection
Although the complete OFF program is worth a visit, there are a number of highlights to mention.

For example, Anna Krazy is a striking artist from Estonia. In the performance All Strings Attached she weaves an ingenious spider web together with the audience, in which she then performs an impressive dance with her snake body. The question is: who is the spider and who is trapped in the web? Arctic Ensemble is a circus group from Finland, consisting of all recently graduated young artists, who travel the country every summer with their first spectacular show Kickstart. The Finns also hope to conquer Europe via Spoffin. Duo Laos from Spain brings a combination of partner acrobatics, tango and comedy, mixed with a couple's experiences in real life and at work.

INO Kollektiv is a young female circus company from just about all Mediterranean countries in Europe. Seven women may not carry much weight, they argue, but what if they stand on each other's shoulders? INO Kollektiv does not opt ​​for the most virtuoso circus techniques, but precisely because of the aesthetics and the flowing movement. Yucef Zraiby (Lebanon) and Neilor Moreno (Spain) created Go Slow, a dance performance that celebrates friendship, the need to share regardless of success or failure. Two men, two anti-heroes, two human beings.

Kunstbende
In addition to Spoffin OFF, Spoffin is also offering a stage to young talent in a different way this year: on Saturday 27 August there will be performances by several winners of Kunstbende Utrecht. On Sunday, August 28, Spoffin will also give artists the opportunity to present plans for new productions to the dozens of programmers who come to Amersfoort from all over Europe.

Spoffin will take place this year on August 26, 27 and 28 in and around the city center of Amersfoort. The complete festival program will be announced in June. For more information see spoffin.nl or our socials.