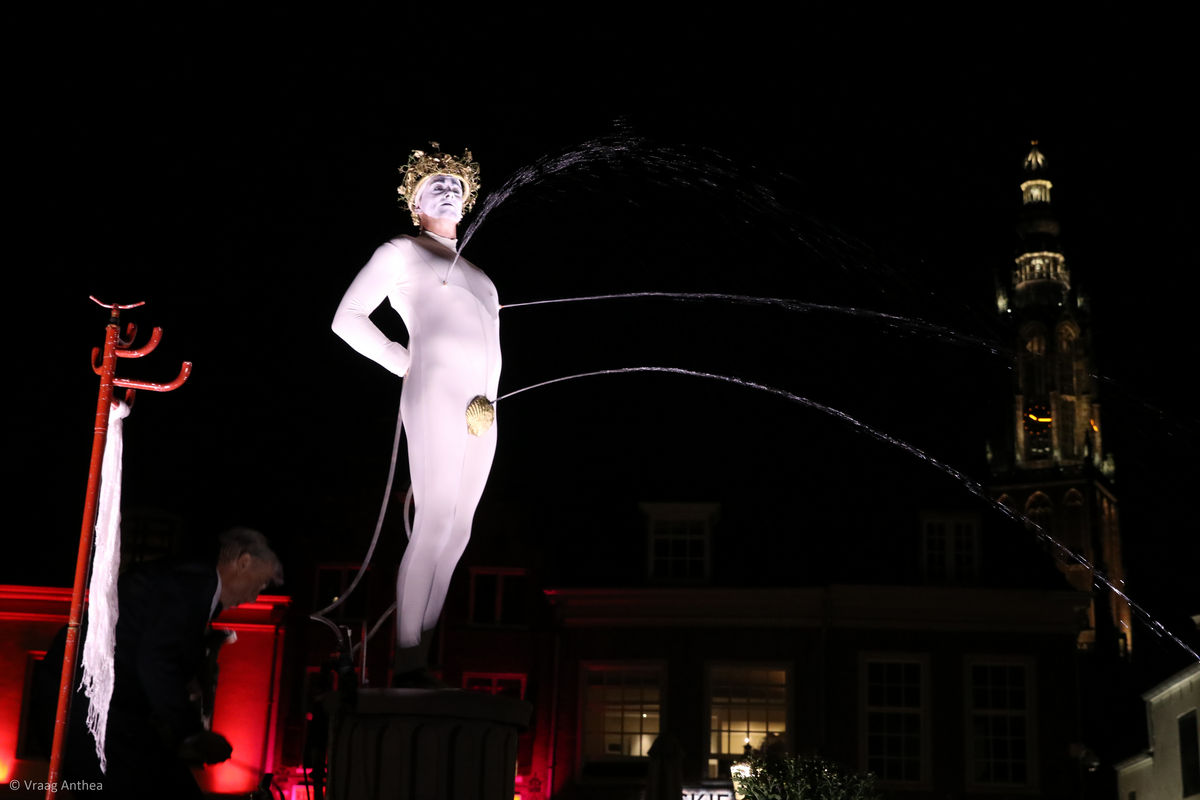 In celebration of it’s tenth anniversary Spoffin treated Amersfoort to three days full of spectacular street theatre during the last weekend of August. This tenth edition of the international festival for professional street and location theatre featured 111 shows from 26 national and international groups. The event saw more than 32,000 visits to the sunny anniversary edition.

Anyone who has spent the past weekend in the city of Amersfoort could’nt ignore it: Spoffin was in full swing! Artistic leader Alfred Konijnenbelt looks back with satisfaction on a successful anniversary. "It was a very nice edition," he says. “We were lucky with the weather, the entire weekend was so sunny. We have enjoyed many beautiful productions and I have only seen happy faces in the audience. That's what you work for as an organisation. We are also very happy with all the volunteers who have committed themselves to our festival again this year, we are very proud of that.”

Focus country
Every year Spoffin selects a focus country from which the most exceptional makers in the field of street and location theatre are invited. This year, special attention was paid to Great Britain and Ireland, two countries where outdoor theatre was booming recently. Spoffin showed the best productions this weekend with performances by Garth Williams (GB), Maleta Company (IE), Mimbre (GB), Southpaw (UK) and The Strong Lady (GB), among others.

Public favorites
This year's audience favorites include various shows. Alfred Konijnenbelt mentions the performance of Icarus by the British Southpaw Dance Company as one of the most popular performances. “This spectacular production could count on a large audience. Victorine Pasman, Cirque Content Pour Peu, Dírtztheatre and Mimbre were also favorites. The opening act The Spurting Man at de Hof was a big spectacle ,that was great. It was noticeable that the performances were appreciated: we had a record revenue of ‘mans money’, money that is donated as support for the artists. "

Anniversary
Spoffin celebrated its tenth birthday this weekend. The second lustrum of the festival was a bit smaller than in previous years, but according to Alfred Konijnenbelt no less successful. “We've had an amazing edition. Even though it was smaller in size than previous years, it stood solid as a rock. ."

In 2020 Spoffin will take place from Friday the 28th till Sunday the 30th of August.